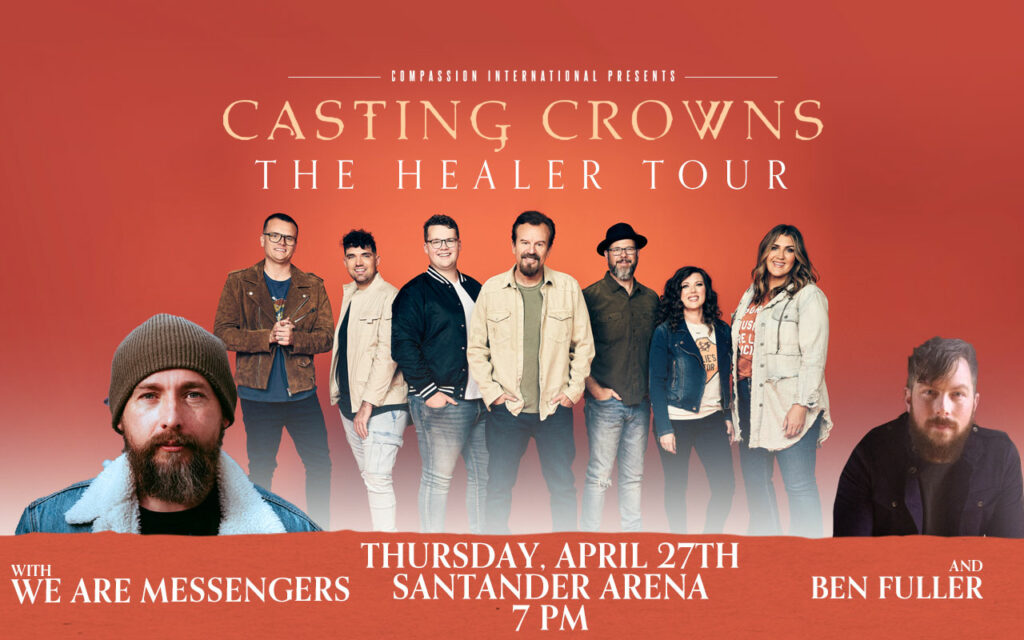 The Healer Tour featuring
We Are Messengers & Ben Fuller

Join us for an exciting evening with multi-platinum selling Grammy winners, Casting Crowns. They will be taking their powerful live performances on the road this spring with The Healer Tour. Featuring hit songs from the band’s current chart-topping Healer album (“Scars In Heaven,” “Crazy People”) concert goers will also experience a night of worship like no other with some of the group’s most beloved songs like “Only Jesus,” “Nobody,” “Praise You In This Storm,” “East To West” and many more.

With more than 12 million albums sold and multiple Grammy, Dove and American Music Awards to their name, Casting Crowns might be best known for their fan-favorite live concert events – and The Healer Tour promises to be no different, with additional performances by special guests We Are Messengers and Ben Fuller.

Music has taken Ben Fuller’s life and made it into something he never would have dreamed. Coming from a history of drug addiction, he completely turned his life around and moved to Nashville to pursue music. Falling face first into his new-found relationship with Jesus, he began writing with a burning desire to share what God did to turn his life around. Ben is excited to share his testimony and make it come to life with his songs.

We Are Messengers has over 400 million career streams, over 2.5 billion airplay audience, and a multi-week #1 Billboard radio Song (“Come What May”), along with six Top 5 and ten Top 10 Christian Airplay hits. We Are Messengers has played for a live audience of over 2 million people across 40 states and 5 countries, including selling out shows in the Netherlands.

GET YOUR TICKET NOW